FotMob — The App with a VoiceOver | Touch Instinct

FotMob is the application developed by Norwegian company NorApps. Football news, expert commentary and televised games are presented in real time. The interface is translated into English, German, Italian, French, Portuguese and Spanish languages for 5 million people.
We have updated the iOS version: rewritten programming language in Swift, it became 50% lighter. Also added the VoiceOver feature, Calendar and Twitter-Feed. 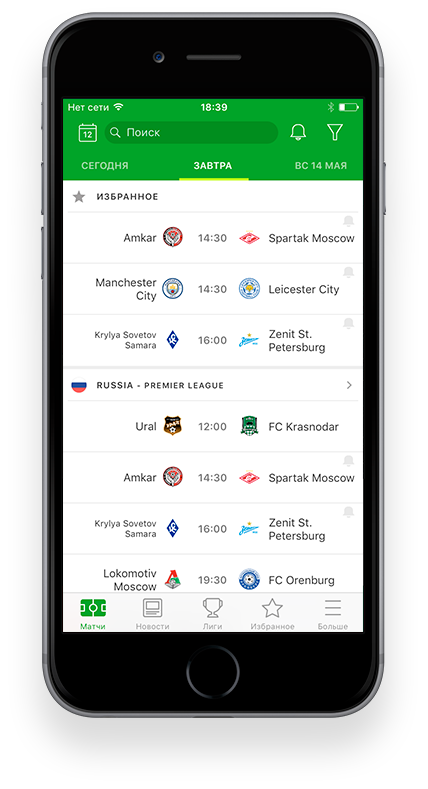 Voice Over is a voice user interface feature. It allows people who don’t see a screen to work with iPhone. Navigate the app using gestures only. Touch the screen and VoiceOver will let you know what's happening on it at the moment. When one of the elements is activated, it gets a black frame to let the sighted keep an eye on your actions. 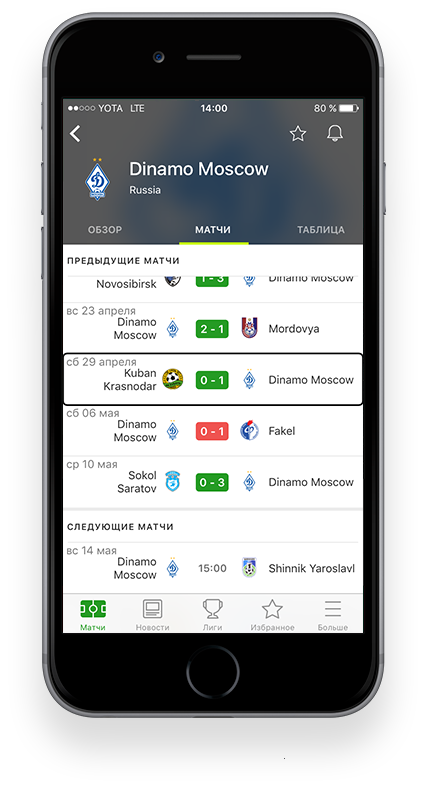 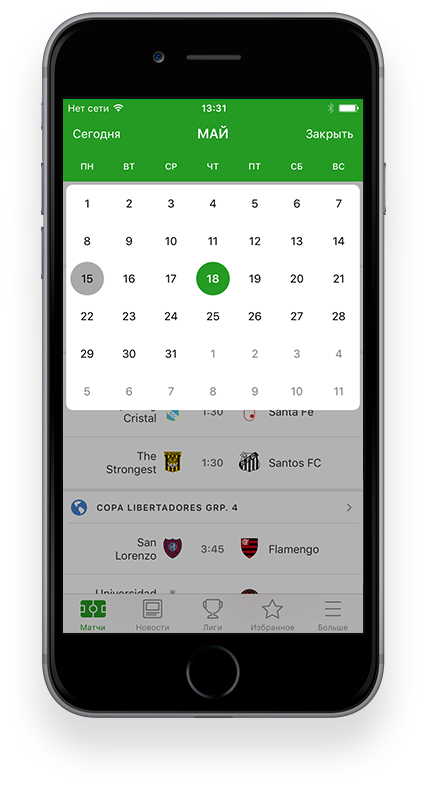 We received an e-mail from a FotMob user – Sam Wesley. He did a great job testing the Voice-over feature of our app. He also sent his feedback and suggestions, which helped to improve the product. We tried to take into account all remarks and made some changes to the release. Dear Sam, thank you for your help with making the app user-friendly for blind and visually challenged people.

The 3D Touch feature is implemented for the “Matches” section. The app identifies a force of a touch and offers to share news. When a user touches the news on screen lightly, the Peek feature shows a preview, but the Pop feature opens the news if somebody presses it heavily. When you touch a news item lightly, the Peek feature shows its review, but if you press it heavily, Pop feature opens it. 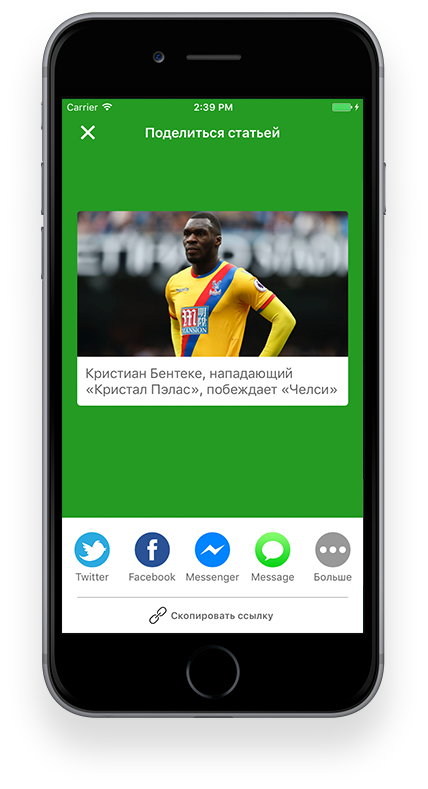 We integrated News Feed into the app. News and photos are loaded to the “Matches” section automatically. One of the most complicated functions of this app screen is keeping the scroll position in the moment of the Feed background update. If a user stays in the top of the Feed, he sees how tweets are coming. Besides, when he scrolls it, the app screen doesn’t get moved off every time the feed is updated. 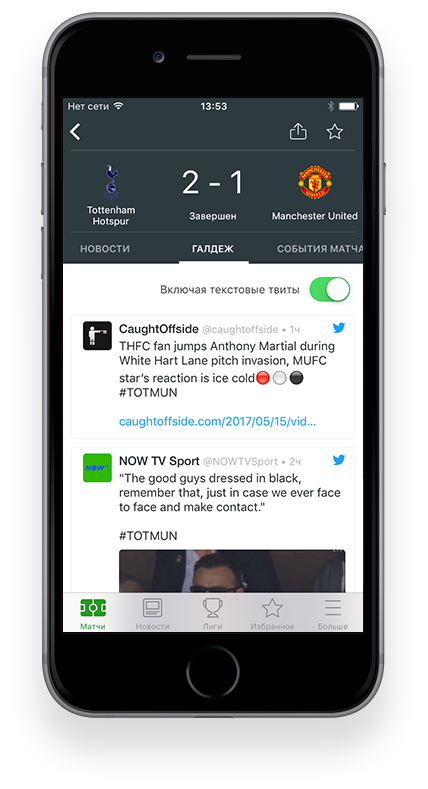 The application is available on iPhone, iPad and Apple Watch.

REQUEST AN APP OR CONSULTATION