Geopoly is a mobile game in which users buy a real buildings on a city map. Construction can be bought only if user is actually nearby of it. 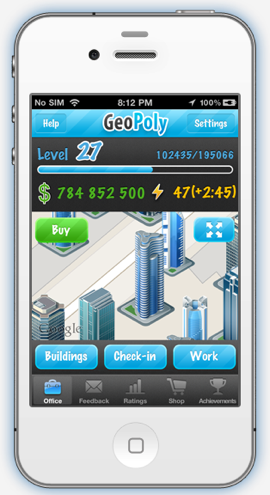 User's buildings bring in an income which may be collected. Construction improvement or new buildings purchase can be made on earned money. 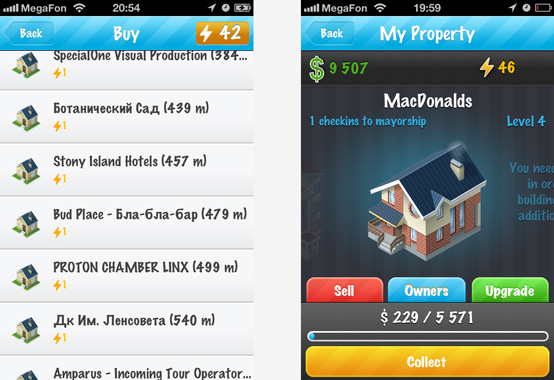 We decided, that users should not compete with each other, so the same building may be bought unlimited number of times. To avoid the feeling of loneliness, players see each other on the city map and may compete in score challenge. 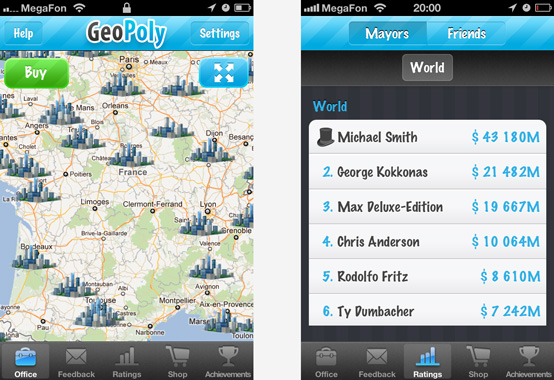 Geopolization of France and the world user ratings

Geopoly is a free-to-play game, but we gave users an opportunity to simplify the process… for money :). Building improvements, one-click income gains and other features can be bought at the build-in store. 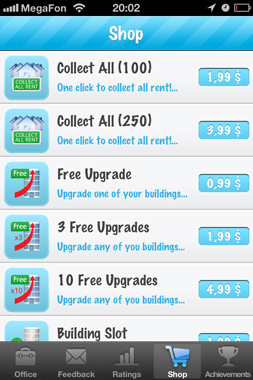 Geopoly is our own project, which was not super-popular, but big game publisher showed interest in it. In co-work with him we would make one more geolocation-based game.

REQUEST AN APP OR CONSULTATION